The Lakes Region Conservation Corps (LRCC) is an AmeriCorps service program that develops skills and experiences for conservation professionals. LRCC members are the driving force behind the Squam Lakes Association’s conservation efforts. The program provides hands-on conservation work experience and numerous certifications over a broad range of areas, which ensures that LRCC members are capable of independently approaching a variety of tasks in the environmental conservation field. Members remove invasive species from the Squam watershed, manage and act as caretakers at our backcountry campsites, maintain the SLA’s 50+ miles of trails, educate the public on local and regional conservation initiatives, spearhead reports on conservation efforts, lead SLA volunteer crews and ensure the daily functioning of the Squam Lakes Association’s programs. Click here to learn more about the LRCC program.

A little something to know about me: I hate change. Despise is a word that comes to mind. It’s not something I particularly appreciate about myself, but I’ve grown to accept the inevitable. Hard to go very far in life without coming across it here and there, though, you know? Change is inescapable, and being able to roll with it in the face of any fear or anxiety is an important skill (and I’ve got plenty of those, mind you. Fears and anxieties, that is). I think I’ve recognized my distaste for all things new and unknown for awhile now, hence a couple of attempts to force myself to ‘get out there’ and ‘exp 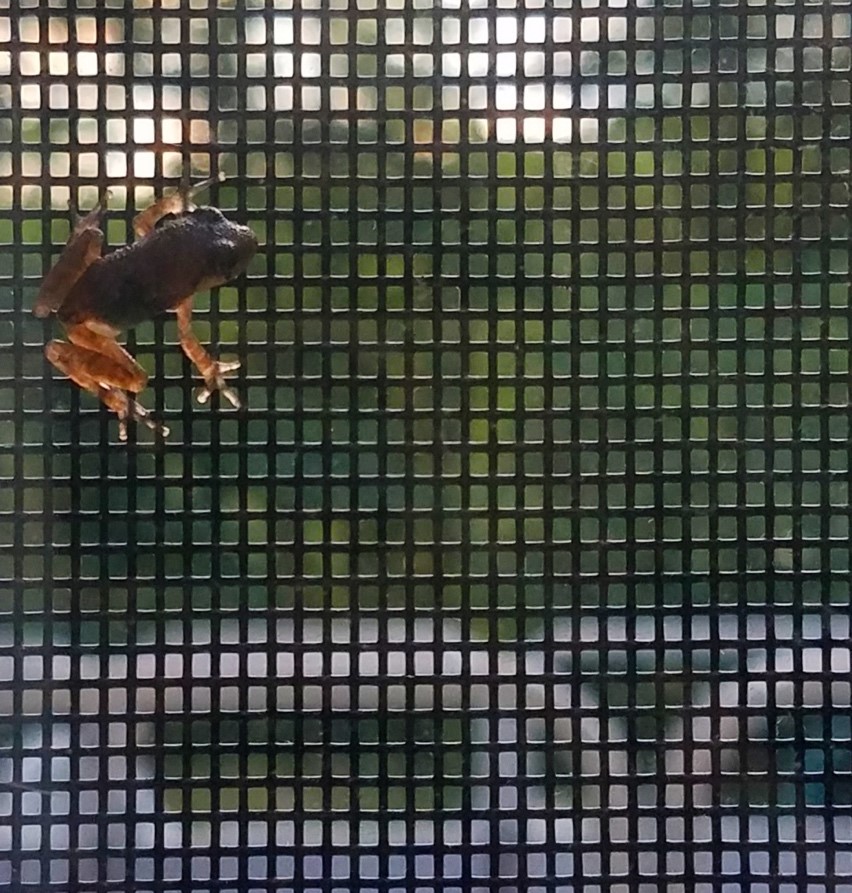 and my horizons’ in the face of my fears. One of which involved literally seeking horizons on the opposite side of the country, where the sun rises over the ocean instead of sets over it.

I’m from Oregon, and prior to my undergrad, I’d only ventured a few states from home. So when I decided to jump to the land of the other Portland for school, it was a pretty big step for me. I’ll spare you the details of the quarter-life crisis consuming the weeks before my departure, but I was nervous out of my mind. In retrospect, the most important part of this 2,500+ mile journey for me, which involved a cross country flight, sleeping in an airport, taking a bus, and likely being swindled by a taxi driver (how many more miles did I pay for on the scenic route versus the highway, hmm?), was that I could simply do it. And I’d figured, after this major leap into uncharted territory, that I’d be cured of my anxieties surrounding the unknownness that plagues any big changes. False. I couldn’t have been more wrong.

So, when I was making the 4-hour drive to the Squam Lakes Association from neighboring Maine, I found myself burdened once again with the unwelcome anxiety accompanying the unknown. My mind running a mile a minute with the possibilities, it became more and more difficult to remain calm as the minutes to my destination descended with each passing mile. I still remember the first sentence I uttered when I got here. Alex was in office that day and welcomed me, and asked where I drove from. In my classic eloquence, I told him I ‘droove’ over from Maine (facepalm).

Embarrassment and pre-arrival jitters as 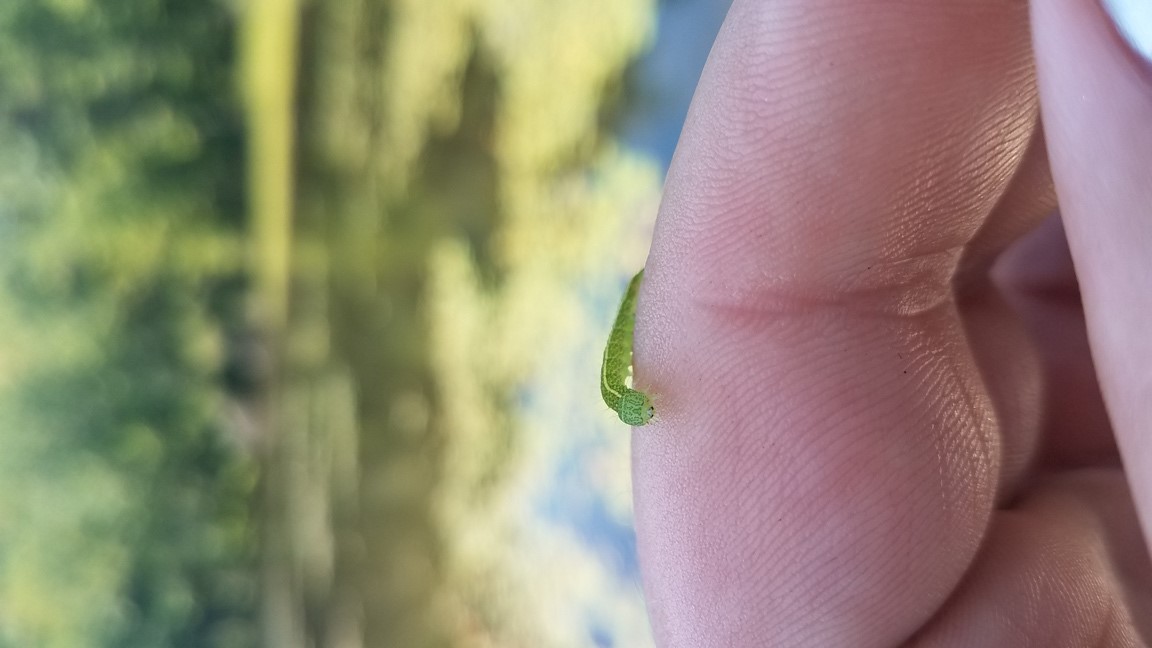 ide, eventually I did settle in to life at the SLA. I mean, a place or experience can only be new to you once. That being said, the new experiences to be had this summer didn’t end there. I mean, I’m still coming across new places or new tasks to be anxious about even now, almost four months into the term.

When we went loon banding on a summer night, I was terrified of handling the loons—what if I hurt them? Turns out, they’re not exactly delicate, and holding one as we boated to release it in the cove it calls home is a memory that won’t be escaping me anytime soon. Once, I was assigned to help with the water quality University of New Hampshire does for the SLA by boating them around Squam to numerous sites all around the lake. Some of their monitoring sites took us to the far reaches of the lake, through unknown (to me) waters and narrow channels. My anxieties saw their chance and struck again, with thoughts of the dangers hidden beneath the surface in wait for an unsuspecting boater to come through and destroy their boat’s propeller circling my mind like vultures. Maybe no one is shocked to find out that everything was fine. In fact, it was pretty amazing seeing some parts of the lake that I would never otherwise get the opportunity to experience.

There will always be something around the corner to toy with my anxieties, but with each new experience that I’ve successfully navigated without the consequences plaguing my thoughts coming to pass, I learn that no matter what comes my way, I’ll be able to manage.

Dani is a half-year member of the Lakes Region Conservation Corps serving at the SLA.  You can read more about Dani here.

Signs of a good trailwork day: sore legs, dirt under your nails, a new bruise or two to show off, and a satisfying sense of accomplishment. In the winter, trailwork days were my favorite. I was new to the area then, so strapping on a pair of snowshoes and hitting the trails with loppers in hand was the best way to explore our new home while also working up a sweat. As the weather warmed up, and winter gradually shifted into spring and then sweltering summer, the focus of our LRCC duties at the SLA became less about trailwork and individual projects and more about camp caretaking, diving for invasive milfoil, and acting as hosts at our trailheads and boat launches.

This last Thursday, however, Cole and I had the chance to get back out on the trails for a special trailwork day with the U.S. Forest Service. Our destination was the Wentworth Trail, which climbs 2,260’ to the peak of Mt. Israel and is one of the few SLA-maintained trails located within the White Mountain National Forest. And our mission for the day? Trail relocation. The Wentworth Trail is both fairly popular and has long stretches that climb straight up to the peak, making it especially prone to erosion—AKA a trail maintainer’s Enemy #1. As Cole and I, joined by USFS Trails Manager Cristin Bailey, hiked to the relocation site with loppers, pick-mattocks, and rock bars strapped to our backpacks in various creative ways, the exposed roots and deeply gullied sections made it clear why this trail was in need of some revamping.

Once we arrived at the site, Cristin pulled a wad of bright plastic ribbons out of her pack and began to tag off-trail trees to mark a loose outline of where we wanted the new section of the trail to go. Along the way Cristin pointed out some key features trail builders look for, along with some helpful tips for navigating around them—avoid wet spots, anchor your trail above large trees, and look for places where the slope of the terrain naturally encourages water to run off versus collect on the trail. After the route of the new trail had been fully marked, we donned our hardhats and safety glasses and started the process of removing any trees, branches, and/or stumps in the way to create a 4-foot wide by 8-foot tall trail corridor.

Although it sounds like a lot of work, clearing the new trail was surprisingly quick and easy, especially compared to what came next: shaping the tread. Since this newly formed path had been relatively undisturbed until about thirty minutes prior, the ground was still covered in a thick layer of decomposing leaves, roots, and detritus. This soft top layer, also known as duff, had to be cleared away before we could see the actual terrain we were working with. Next we meticulously went over each section of the trail with our heavier tools (mattocks, rogue hoes, and McLeods) to level out the center of the footpath while making sure we didn’t impede the water run-off slopes both above and below where our future hikers would walk. Thanks to the tangled network of roots that met nearly every swing of our digging tools, this step was definitely the sweatiest, most time-consuming part of our day. But it was all worth it when, just a few minutes after leveling our final section of the trail, a dog walker and her five energetic clients (three labs and two corgi-mixes) were the first group to happily test out our new relocated trail.

Before leaving, we carefully used the recently cleared trees and limbs to brush-in the old, now defunct section of the Wentworth Trail. With the old trail brushed-in and the new path looking invitingly level and clear, I found that it was easy to fool myself into thinking that it had always been this way. And I was one of the people who had just rerouted the entire thing! This really highlights one of the reasons why trailwork often goes unappreciated: we try to make it look as natural as possible. By camouflaging the obvious traces of our work, we aim to help hikers feel like they’re in an undisturbed place where they can truly connect with the environment.

As someone who used to hike about once or twice a year, the fact that I’m now familiar with the nuances of trail building reminds me of how much I’ve learned throughout my time here at the SLA. Before joining the LRCC—just under a year ago now at this point—I must have obliviously hiked past numerous old brushed-in trails, by recently cleared waterbars, and over painstakingly hardened surfaces. Now I know that even after I leave the SLA, having been given the chance to experience first-hand what it’s like behind the scenes, I’ll never go back to taking public access trails for granted.

Adel is wrapping up a full year of service with the Squam Lakes Association.  You can read more about her here!